I’ve never won a raffle before, so I was STOKED to hear that my name came out of the fishbowl at the Neon Monster second anniversary party.  What did I win?  This incredibly sweet original painting by Reuben Rude!

Richard Starkings and Justin “Moritat” Norman were there signing issues of their Elephantmen comic, so Reuben painted this elephant outside  during the party.  After it was over, he took it home and added a few collage elements and the drips you see.  I really love that all four sides of the painting (which you unfortunately can’t see in the photo) have gorgeous orange to green to blue gradients on them.  The painting measures about four feet per side and two inches deep.  Amazing!

Speaking of raffles, I have to put forth a little plug: come to the Bazaar Bizarre in Golden Gate Park December 12-13!  I’m organizing the raffle this year and the prizes are amazing.  You can see some of them here at the BazBiz Flickr stream.  At the last Baz Biz there were eleven prize lots each totaling more than $300!  For the price of one ticket you walk away with eleven chances to take care of your entire holiday list!  Craft and Make Magazine will also be there with a raffle. 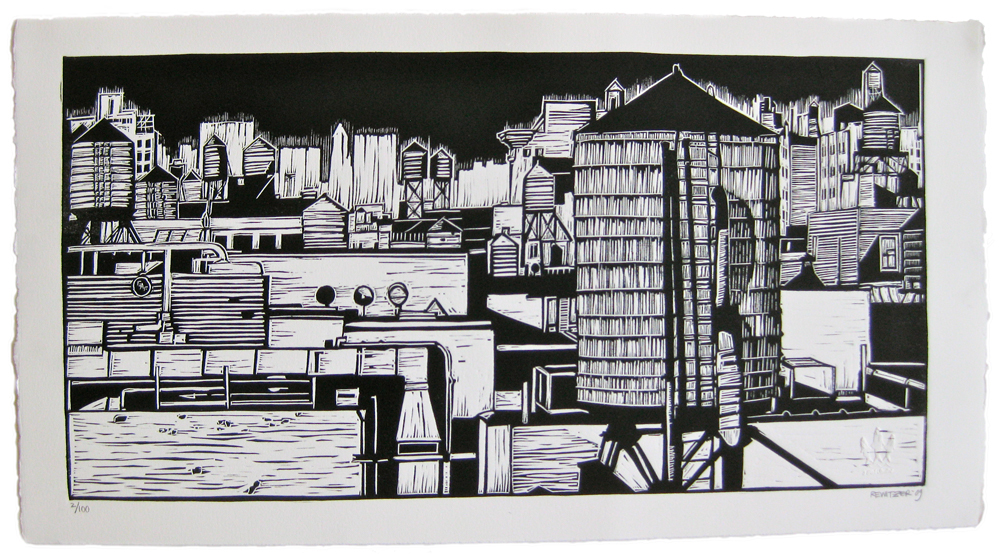